An alarming article by the Wall Street Journal indicated that the US debt will exceed the US Gross Domestic Product (GDP) in 2021. In fact, they forecast it to reach 98% of GDP this year.  The combination of lower tax receipts and the $3.3 trillion pledged since March, to combat the effects of the coronavirus, have pushed the debt from $17.7 trillion in March to $20.5 trillion at the end of June.  Next year will be the first time that the federal debt has exceeded GDP since 1946, when the US was financing military operations to end World War 2.

Surprisingly, ultra-low interest rates so far have resulted in net interest costs on the debt to be 10% less than a year ago, despite the increased debt load.  Economists are now forecasting even lower interest rates in the years ahead, but expect the interest on the debt to cost $1 trillion annually by end of the decade.  They also are forecasting low inflation, which I always find laughable, when you look at how much real estate values have increased during these “low inflation” years.

The low-interest rates have been jet fuel for home purchases and a rapidly rising stock market, although the market’s had a couple of rough days most recently.  If interest rates remain incredibly low, and the “new norm” for the next several years, when do they become less of a booster for the real estate and stock markets, as they become taken for granted?

What will the US then be able to do, to spur the economy during downturns when interest rates can’t go any lower?  I certainly have no idea, but increasing taxes, or reducing government spending, are two ways to whittle away at the debt, and the most painful for politicians.  More likely, in my humble opinion, they will let the value of the dollar decline whenever possible, thus monetizing the debt.  This, in turn, will make hard assets, like real estate increase in value.

It will be interesting to see how it all plays out.

Find out how the different Texas land market regions are faring from Dr. Charles Gilliland, from the Texas A&M Real Estate Center.

When the rain began, the antelope and deer of the Y.O. Ranch Headquarters gathered to chew idly beneath the sparse trees. For 10 days in October 2018, a line of storms pounded the Texas Hill Country. Brown currents rose over a bridge on the ranch, spilling out over the roads and gullies of this 14,000-acre property 140 miles west of Austin. The flood tugged at the 8-foot fences around the ranch until it finally pulled them down.

That was when the kudu made their move, disappearing through the fallen perimeter fences on the ranch’s border. Native to Africa, the kudu is a brown-and-white-striped antelope species with long spiraling horns. The Y.O. Ranch population was ready for life on the lam. By the time ranch hands managed to repair the fences and conduct an animal count, virtually the whole herd—20 of 26 kudu—had escaped. Read the full article on Texas Observer

The effects of Covid-19 have dramatically affected the sales of small and large acreage tracts in rural areas surrounding Dallas – Fort Worth, Houston and Austin.  While some buyers have no problem viewing farm and ranch properties, we’ve experienced a few that want to wait until the spread of the virus slows further.  Sales that closed in April and early May could have been properties put under contract before the dangers of the COVID-19 virus were realized.

The following data was harvested from Multiple Listing Services in Houston, Dallas – Fort Worth, and Austin TX ninety miles from downtown Houston, Austin and Arlington.  We’ve compared sales in the last 30 days versus a year ago.

Below are the number of sales of tracts and homes with ten to twenty acres that sold in the last 30 days versus last year.

Below are tracts and homes with twenty to fifty acres that sold.

Below are tracts and homes with fifty to one hundred acres that sold.

Below are tracts and homes with one hundred to two hundred fifty acres that sold.

Below are tracts and homes with two hundred fifty acres and more that sold.

With Covid-19 cases appearing to be on the downslide in Texas, and with more Texas businesses opening up, hopefully, we’ve seen the slowest period for real estate sales in the near term.  Reports indicate that buyer traffic is increasing and low mortgage rates are flirting with going sub 3% on the 15-year mortgage loan.

Despite tighter lending on home purchases and refinances, farm and ranch loans are not under the same regulations and have not appeared to have been as negatively impacted.

There are reports that US citizens are heading to small towns and remote areas to ride out the Covid-19 quarantine.  Many well-to-do Americans have retreated to second homes or ranch properties to escape the more prevalent cases of Covid-19 in America’s major and most populated metros.

But this isn’t just happening with the wealthy.  There is also increased interest in rural properties, particularly in smaller 10-acre to 20-acre tracts, as those that don’t have a rural abode, are now considering the immediate benefits, in case the virus lingers or rebounds in the fall.

I spoke to a lender with Texas Farm Credit, who said that their division that caters to buyers looking for financing for small land tracts is overwhelmed with new loan applications.  In some instances, it’s taking two days just to have the time to return prospective buyers’ phone calls.

The recent collapse in oil prices is also likely to have an impact on rural land sales.  Those in the oil industry are facing layoffs, or 50% salary reductions and may be looking to shed second homes and recreational property for greenbacks.  The oil price collapse is likely to have a larger impact on rural land sales outside of Houston, but it could have an effect, as it reportedly has on the luxury residential market, throughout Texas.

If you are looking for land, ranches or ranchettes, visit our website at t2ranches.com, where you can search for farm and ranch properties outside of Austin, Houston and Dallas – Fort Worth.  You can also set up custom searches and save your favorite properties.  If you have any questions or need any help, feel free to reach me at 832-759-1523, 214-690-9682 or troy@t2ranches.com.

As the US government pledges unprecedented spending to fight off the Coronovirus illness affecting lives and US businesses, it will be interesting to see how the long-term ramifications unfold.

I’ve seen two opposing opinions.  The first response is that long-term, this is more money flooding into the economy, which coupled with expected very low interest rates for some time, will fuel more of the runaway price appreciation that we’ve experienced over the last ten years.  The government will be further motivated to keep interest rates low one would think, as they take on trillions of additional debt on their balance sheet.  In general, as interest rates decrease, real estate purchase demand increases, along with prices.

With so much debt, another motivation would be to devalue the dollar, which thus, reduces the debt burden.  This would naturally lift asset prices and real estate prices across all sectors to a degree.  I watched some of Jerome Powell’s speech after this latest round of stimulus was announced, and always marvel when he says, in essence, we have less inflation than we would like.  That is certainly not the case when you look at mankind’s most expensive need – shelter.  As an example, over the last ten years, Dallas apartment rents, and Texas median new home prices have increased 60% and 66% respectively. Meanwhile, the median income in Dallas has increased 32%. 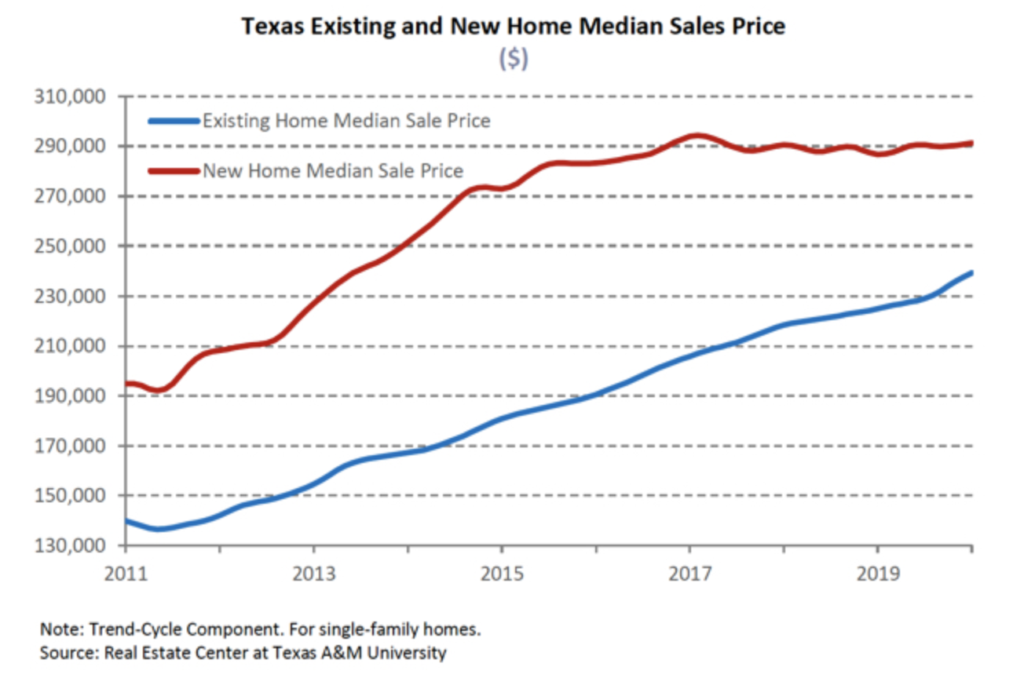 The opposing argument is that individuals and businesses will spend less as they pay down debts built up over the economic shutdown, and build up larger savings to offset the economic pain they’ve endured.  Business and individual debts are at all-time highs, with federal debts increasing at alarming rates.  Higher taxes, or more taxes and fees, are certainly in the cards, as there may be no other choice.

Personally, I believe that the combination of the stimulus and low interest rates will spur rising prices and more inflation.

Below are just a few of the ways to fight inflation with real estate investing.

Ranch and recreational land is an investment you can enjoy and use for recreation, business use or shelter.  The benefits of investing in recreational land is that generally the property taxes are very low, compared to urban areas, and you can enjoy time in nature with friends and family.  There is also the chance that you might make money on mineral leases or easements.  Many choose to buy recreational land a few years before retirement, so they can enjoy it and then build a new home once they’ve officially retired and escaped the city.

Commercial real estate investments can provide streams of income and accelerated depreciation, which greatly reduces your income taxes, particularly if you’re categorized as a real estate professional.  Then, you can write off “paper losses” on your other earned income.

Some of the most successful real investors I know have bought land, rental homes, duplexes and small apartment buildings in the urban core.  They really get massive property appreciation during the real estate booms, particularly if their properties are in the path of development.

Demographically, there is still a massive demand for first-time homes.  The millennials are putting down roots and are the main driver of home sales.  In the immediate term, the lack of housing will continue to drive real estate development, home building and land purchases, particularly, once the economy gets fully rolling again.  Let’s just hope it gets rolling sooner, rather than later. 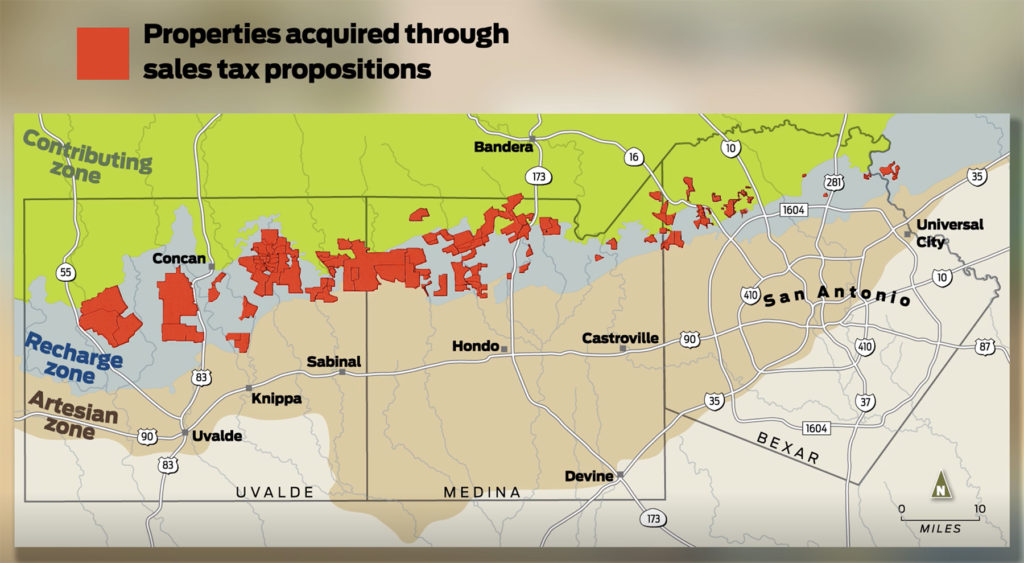 The Frio River snaked south through the hills of Uvalde County, its clear waters coursing over a bed of white, fractured limestone in the recharge zone of the Edwards Aquifer.

Then, unceremoniously, it disappeared.

The river had flowed into — and underneath — Dripstone Ranch, nearly 2,000 acres of undeveloped ranchland named after a system of nine caves that open into the hillsides and stretch hundreds of feet beneath the earth. One of them, Queen Frio Cave, contains an underground stream that flows swiftly east for San Antonio residents to drink.

To those in the business of acquiring land to protect San Antonio’s water supply, Dripstone had developed a reputation over the years as an alluring and elusive prospect, earning it a nickname.

“Dripstone. That’s a big one,” said Francine Romero, who chairs an advisory board that oversees the city’s Edwards Aquifer Protection Program. “They used to call it the White Whale, the guys from the Nature Conservancy, because it was just so attractive to the program.”

Voters authorized the EAPP two decades ago to prevent contamination of the water that recharges the aquifer — a source of drinking water for more than 2 million people — and to maintain enough permeable surface to allow it to refill. Save for a relative handful of outright land acquisitions, the program has accomplished this mostly through the purchase of conservation easements, a less costly transaction under which a landowner keeps the deed to the property but agrees to limit development. Read full article

Sign-up for your FREE My Listing Manager account! On your own dashboard you can save favorite listings, save searches, get daily email updates on listings, receive newsletters and more! 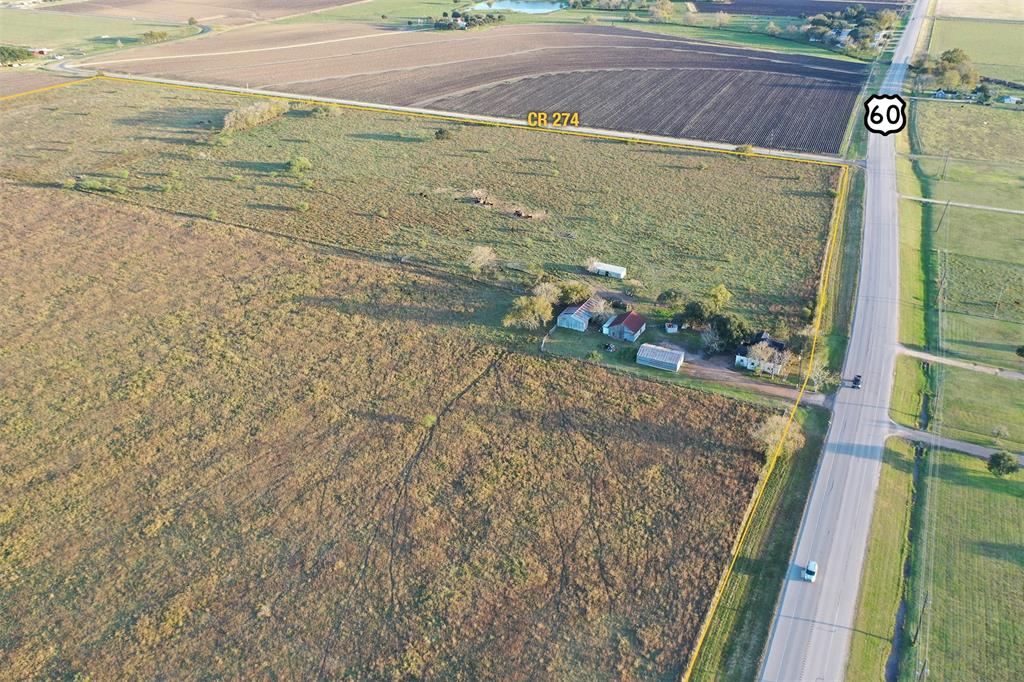 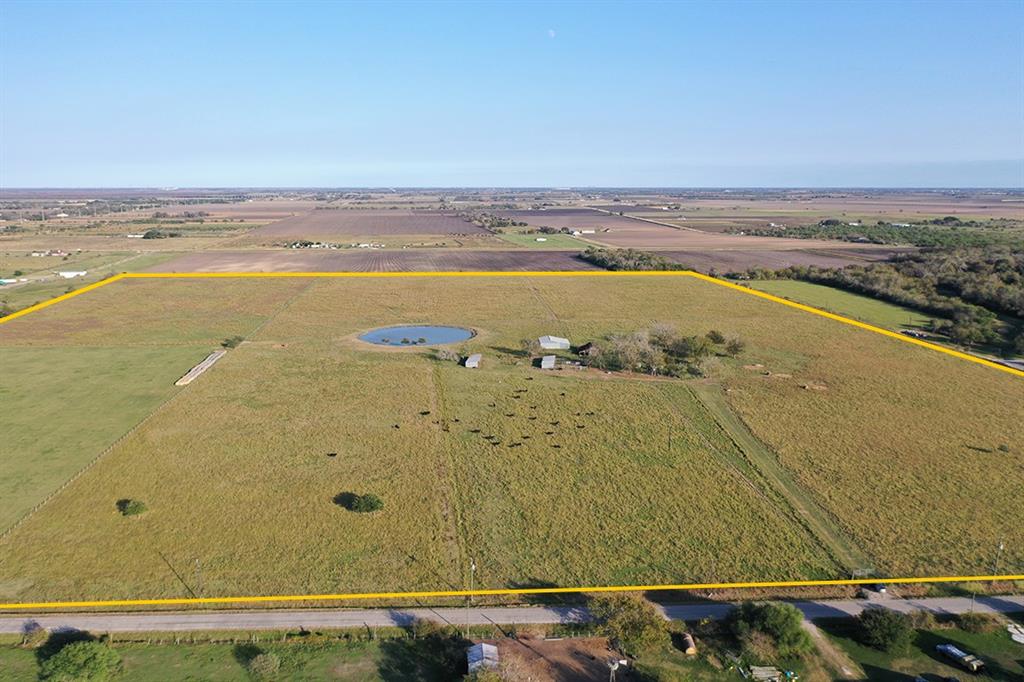 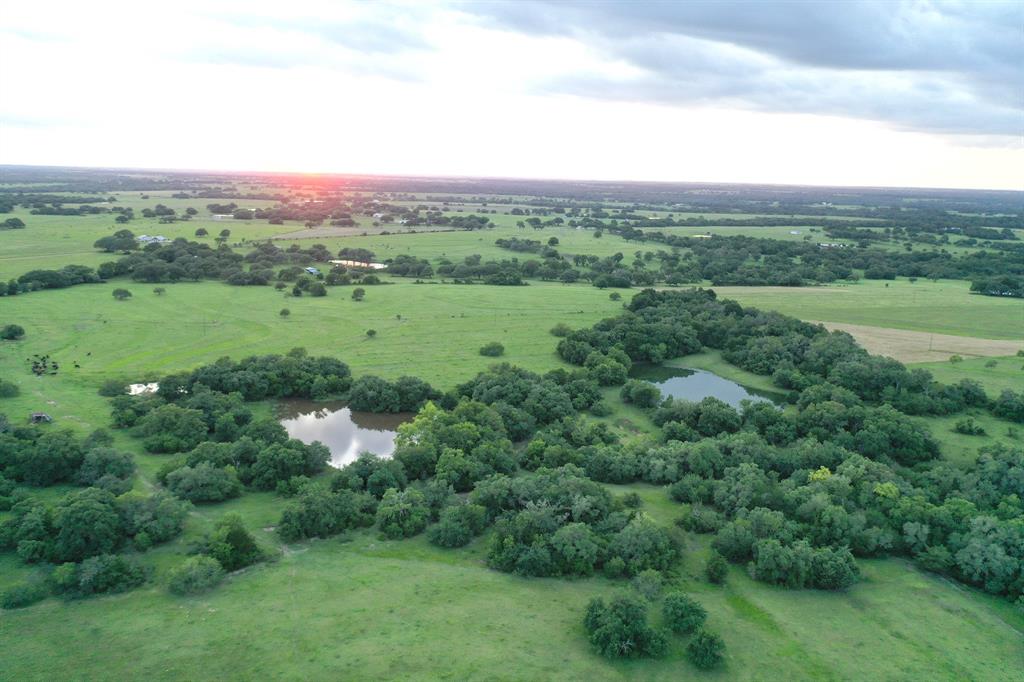 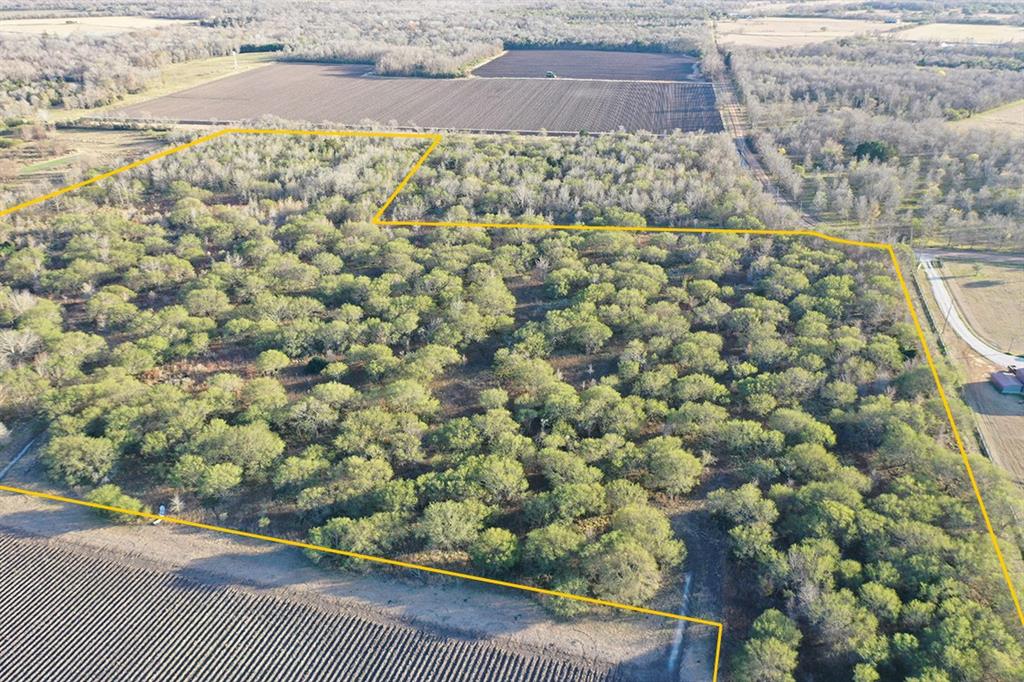 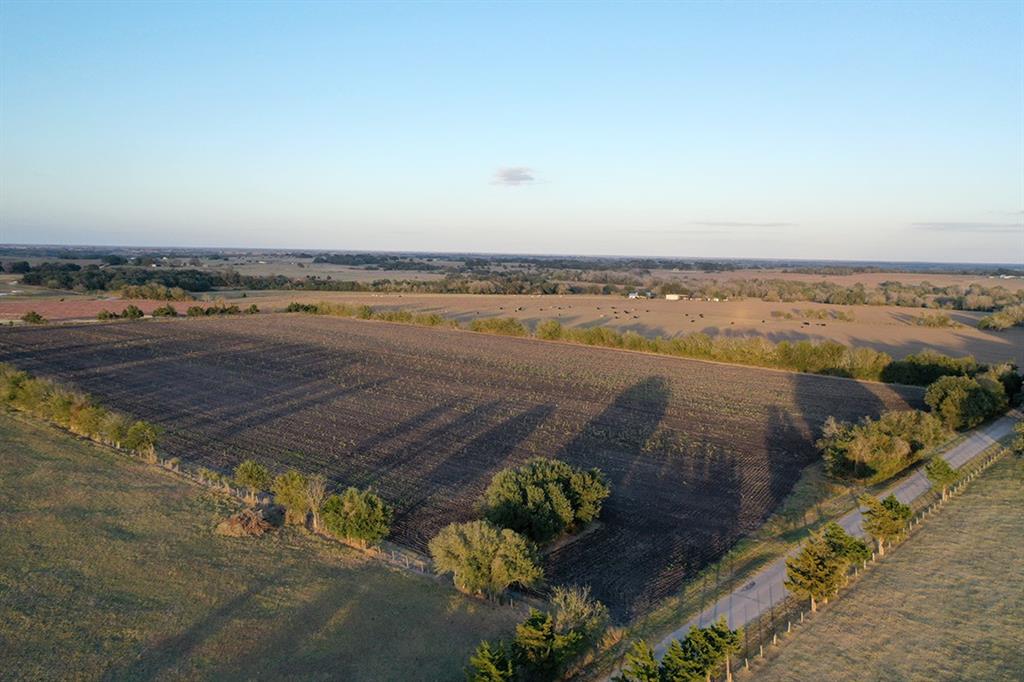 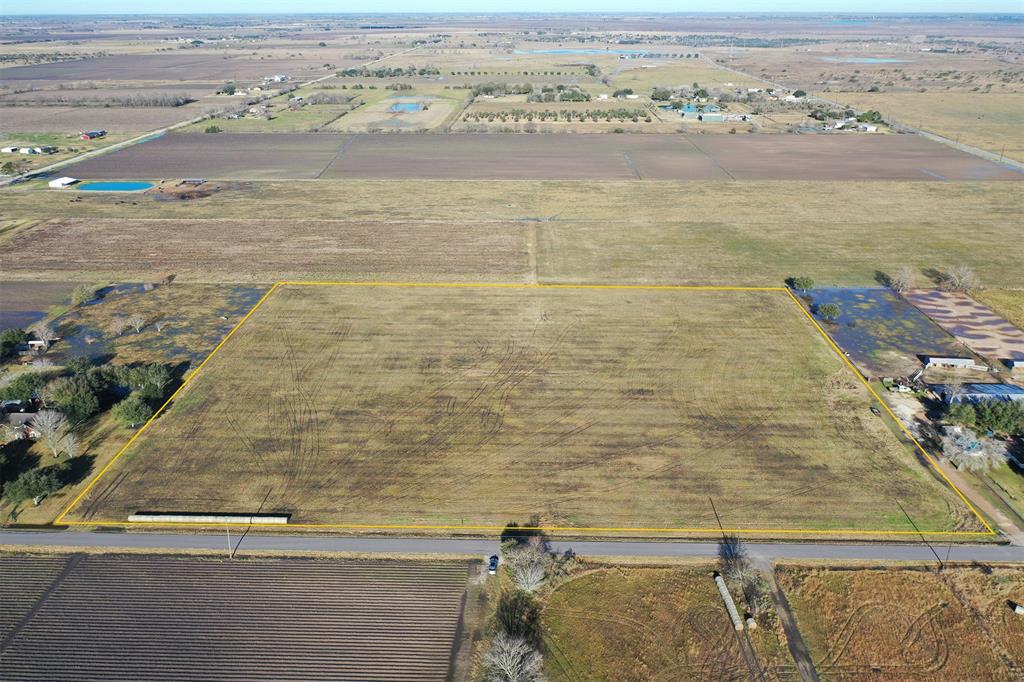 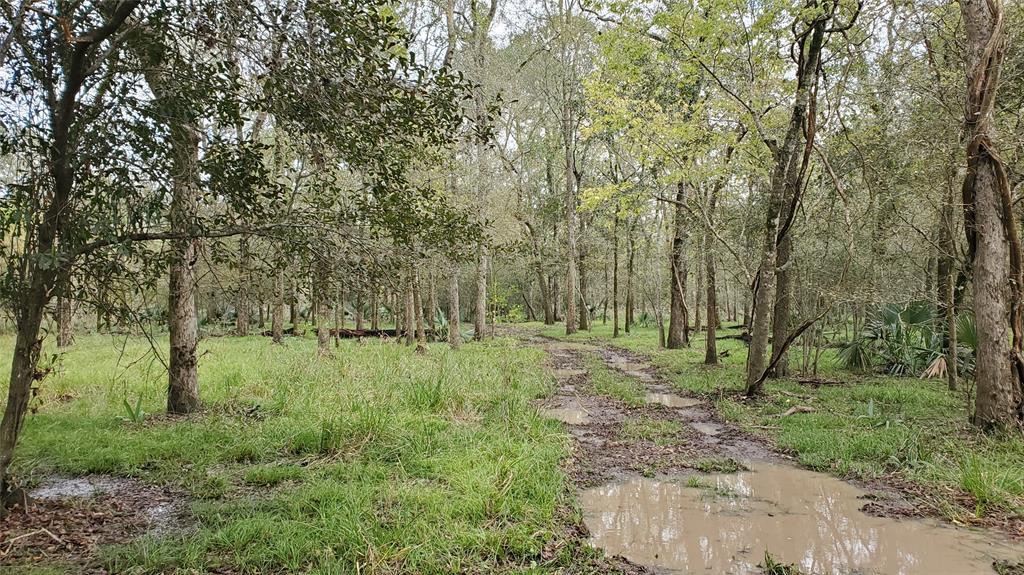 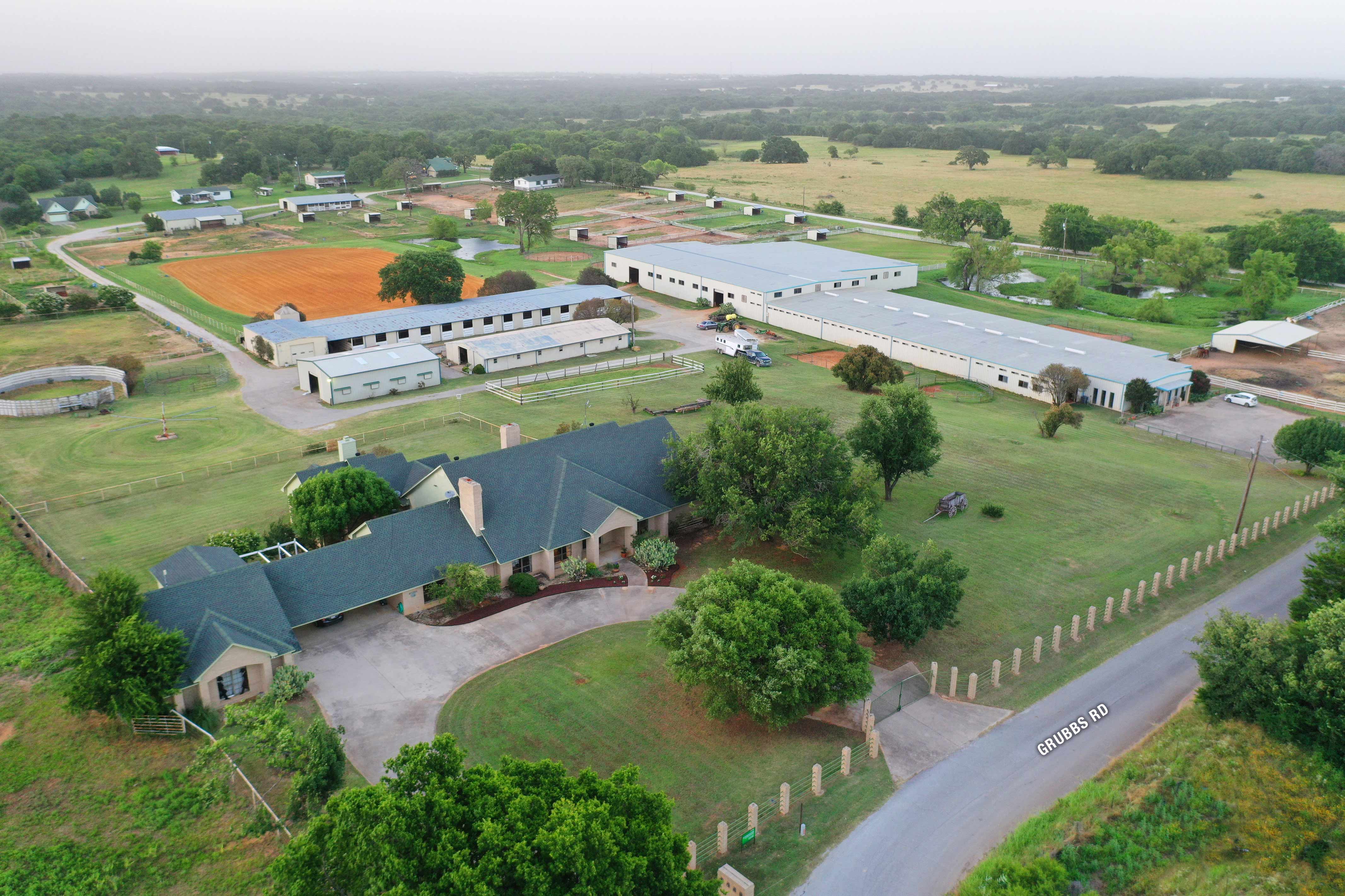 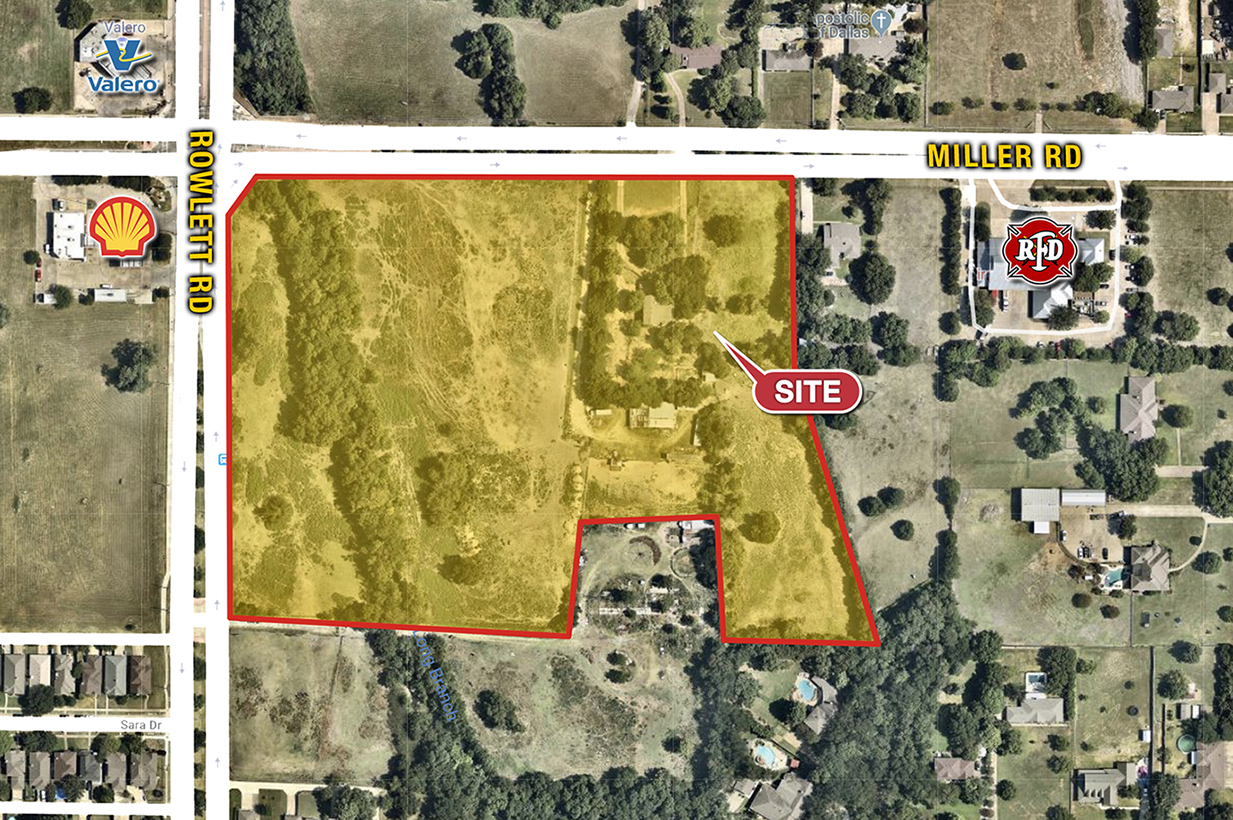 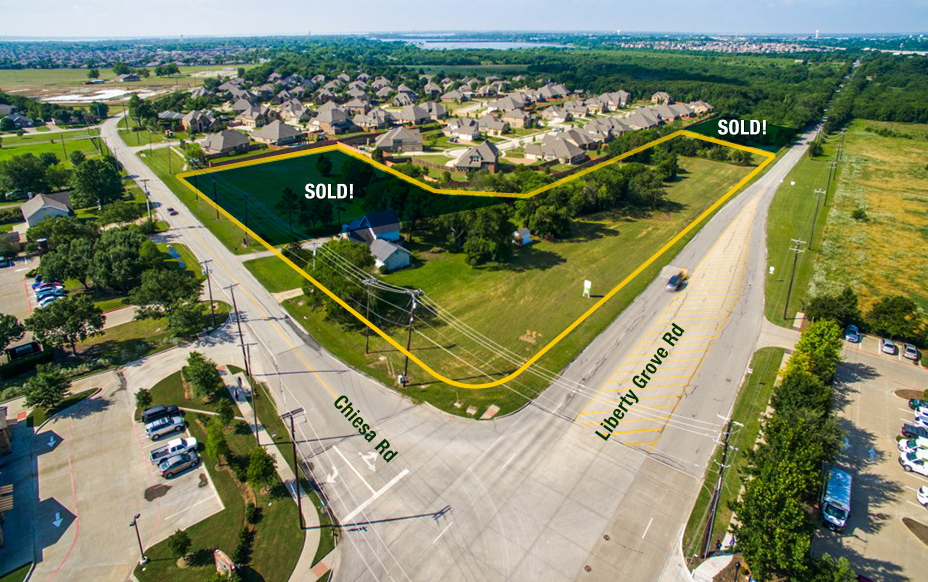 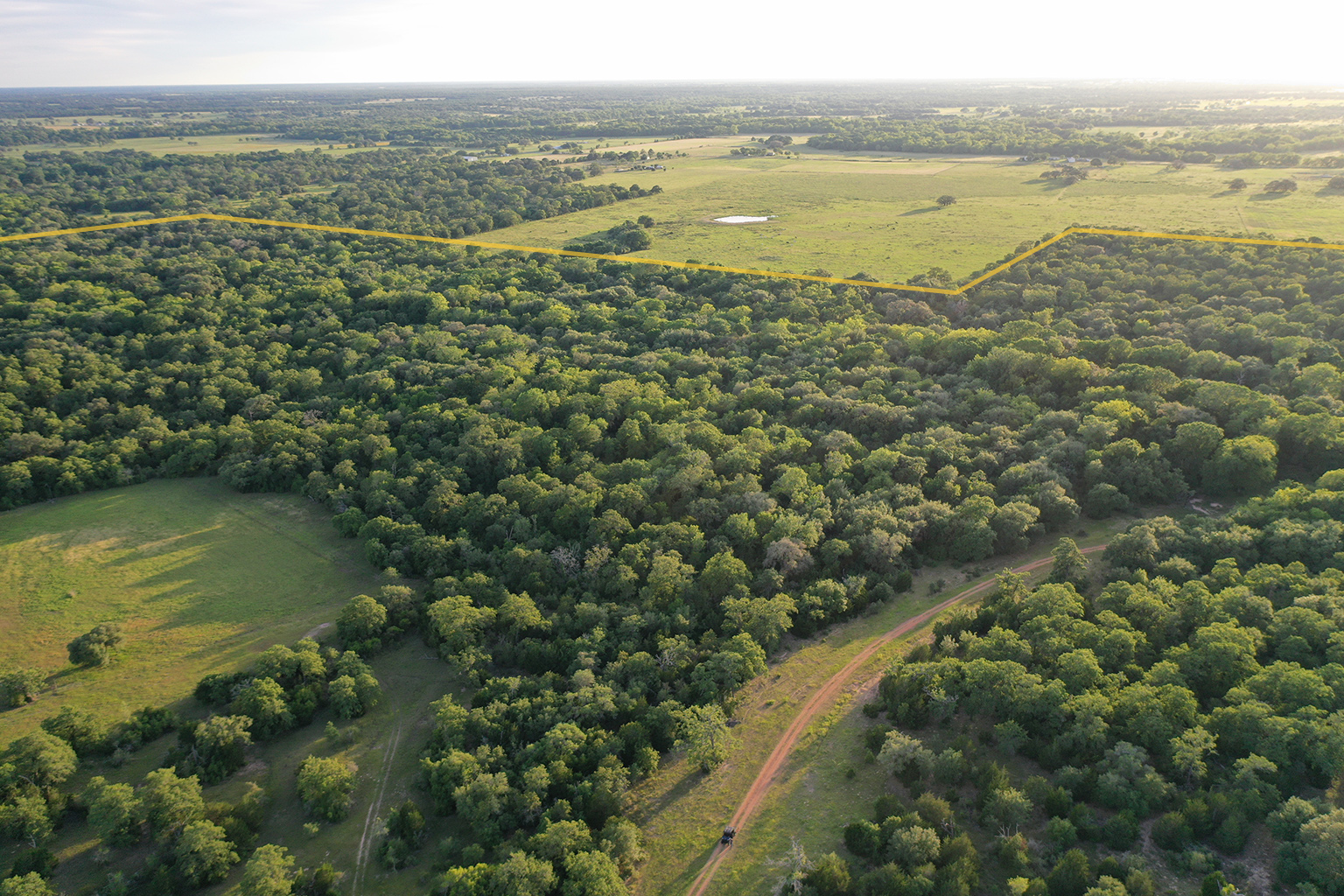 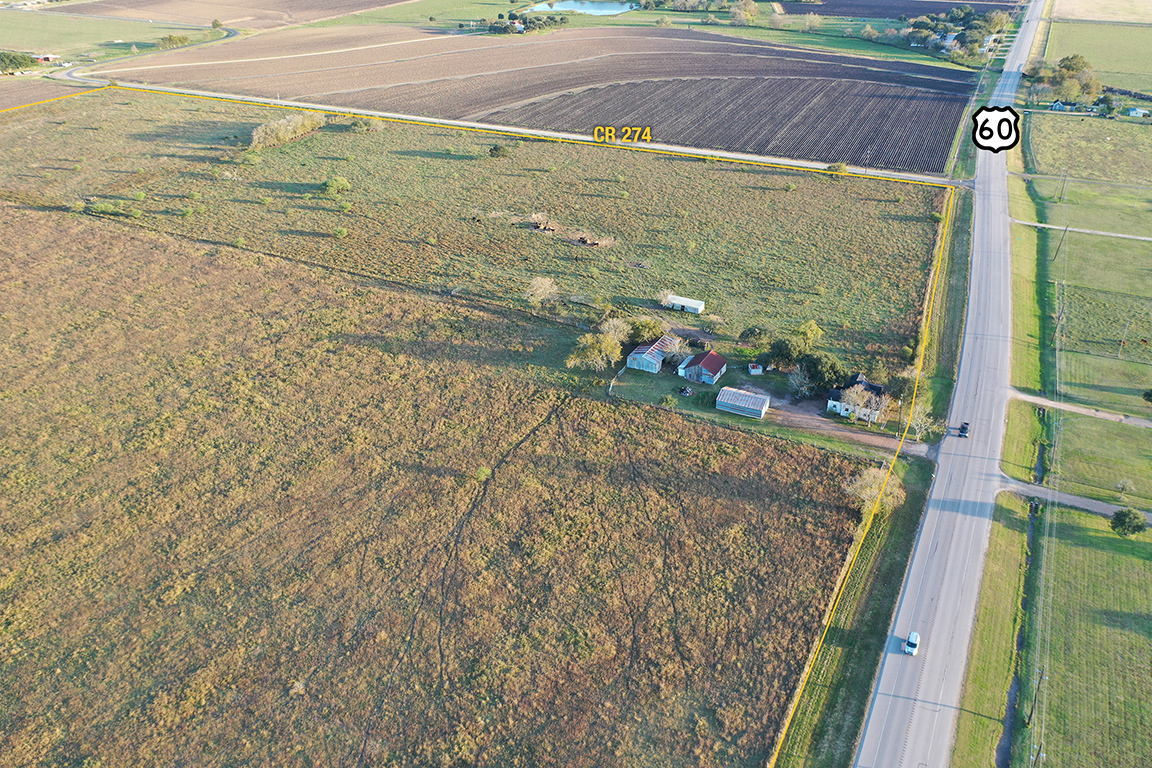 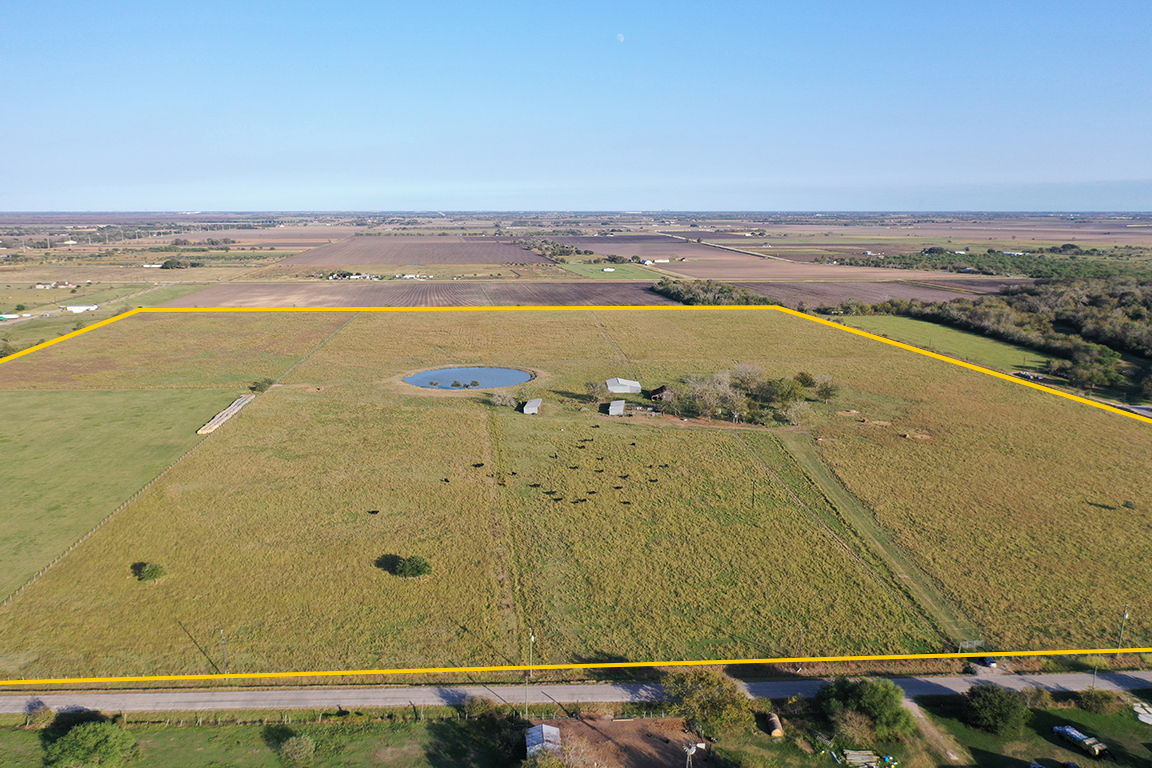 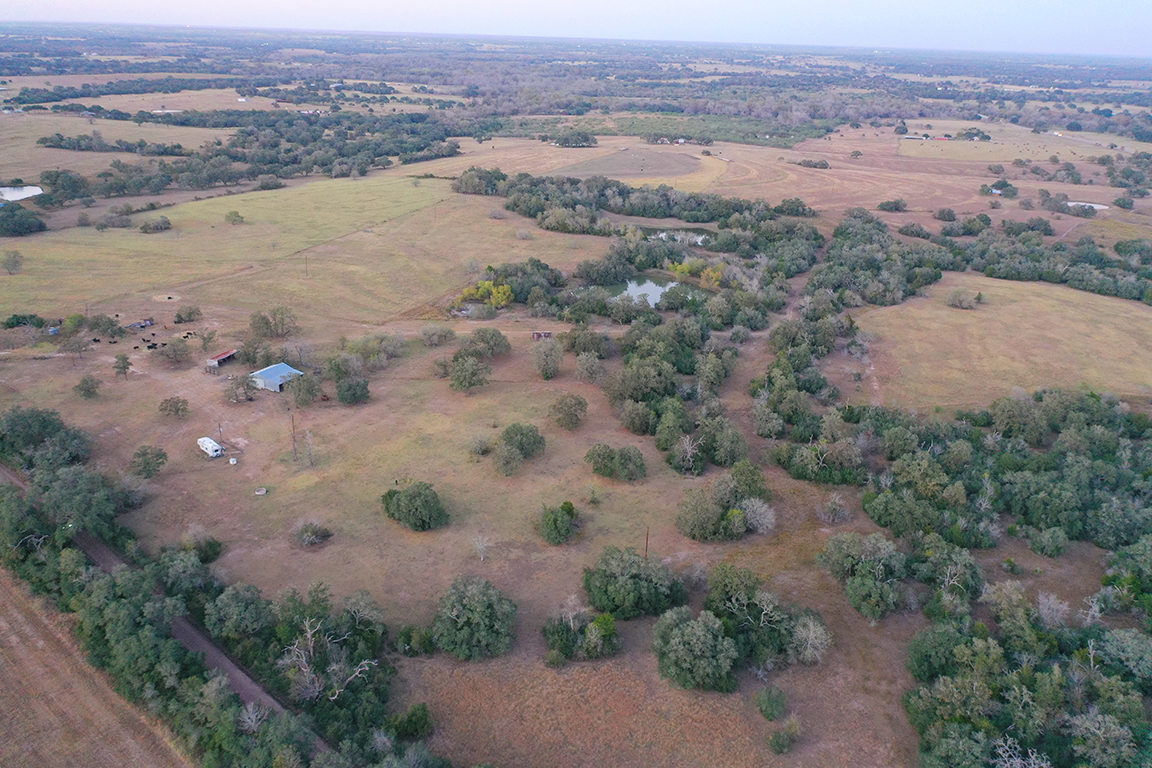