When Danelle and Ron Reimer moved to Austin, Texas, from Orange County, California, Last month they were intrigued by its “big little city” feel.

“We’re not really city people, but we love how welcoming Austin feels and how easy it is to get to know and to get around in,” said Danelle Reimer. “We bought in the Seven Oaks neighborhood because it’s close to downtown but also has privacy and views.”

The Reimers ’ 9,000-square-foot house, which they purchased for more than $2 million, reminds them of a Southern California-style home with its arched doorways, tile work, wood beams and stonework.

“We like a lot of space and this house has a lot of personality, too,” Ms. Reimer said.

The Reimers, who relocated for Ron’s work with a global financial services company, aren’t the only high-net-worth family to make the “Texas Triangle,” which includes Houston, Dallas and Austin, their home in recent years.

The Dallas-Fort Worth-Arlington metro area is ranked 10th in the world on the list of top locations for the ultra-wealthy, according to the 2019 Wealth Report from Wealth-X.

(Mansion Global is owned by Dow Jones. Both Dow Jones and realtor.com are owned by News Corp.)

Northern California is a big feeder market for the luxury housing market in Austin, said Gary Dolch, owner of the Austin Luxury Group with the Compass real estate brokerage in Austin.

“These buyers were often originally dipping their toes in the water and buying a second home in Austin after they’d been here for South by Southwest or another tech event,” Mr. Dolch said. “Now they’re moving here full time.”

It helps that Texas doesn’t have any state income tax, Mr. Dolch added.

“One guy told me he got the equivalent of a 36% raise just by moving from California to Texas because of taxes,” Mr. Dolch said.

More: Once Asking $8.9 Million, an East Texas Ranch Hits the Market for Half Price

Austin attracts people from Chicago, too, according to him, either members of the tech industry or retirees who want to escape winter but be able to fly back regularly to see friends and family.

North of Dallas, particularly in the Frisco area, top executives from major corporations like State Farm, Liberty Mutual and Toyota are moving in along with their companies, said Russell Rhodes, a real estate agent with Berkshire Hathaway HomeServices PenFed Realty in Flower Mound, Texas, near Dallas. In other neighborhoods around Dallas and Fort Worth, multimillion-dollar properties are mostly purchased by business owners, tech company leaders, oil and gas executives, professional athletes and some relocating Californians, Mr. Rhodes said.

“Dallas is a growing city,” said Rhodes. “People like it that you can get a place with land and water views and yet be close to the city and its cultural amenities.”

In Brenham, a community of ranches and vacation homes that’s about one hour from Houston and two hours from Austin, most of the luxury property buyers are locals who want quick access to those two cities, said Tanya Currie, a global luxury agent with Coldwell Banker Properties Unlimited in Brenham, Texas.

“Both Austin and Houston have seen good economic growth, which has brought in successful business owners,” Ms. Currie said.

She added that Texas politicians are also buying vacation homes in the area for weekend entertaining with close proximity to the cities.

“The luxury buyers in the Brenham area are what we call ‘weekend ranchers’ who want 50 to 200 acres,” said Kelli Brennan, vice president and chief operating officer of Coldwell Banker Properties Unlimited in Brenham. “The majority are cash buyers. Some are oil and gas executives, some are business owners, and a lot of them are investors from California and New Mexico who are building custom homes and then selling them in a few years.”

Buyers who keep cattle or bees or grow hay on their property may be eligible for an agricultural exemption for a tax break, Ms. Brennan said.

Big Entertaining Space a Must

No matter which part of the Texas Triangle they’re choosing, a common theme for most luxury home buyers is space to entertain, especially outdoors.

Thomas Markle, owner of Thomas Markle Jewelers in Houston, recently purchased the 50-acre Hidden Spring Ranch in Brenham, which he said is more manageable than some of the nearby ranches with 200 or 300 acre.

“Besides our main home in The Woodlands [in Houston] I’ve owned vacation homes in Maui and in Colorado,” Mr. Markle said. “The countryside in Brenham is unique in Texas, with rolling hills, a beautiful landscape and a small-town atmosphere, but it’s only an hour from Houston. I use our house here a few days every week. I wanted a vacation home that I could go to on the spur of the moment.”

More: The U.S.’s Permian Basin is Booming and Massive Mansions Have Followed

Markle purchased his home for $1.6 million and then spent $200,000 transforming part of the barn to a full-blown cantina with a stage for bands, a dance floor and high-tech karaoke equipment. He converted an eight-car garage to a guest house and hosts friends and family around the swimming pool and outdoor fireplace.

“Buyers in the countryside in the Texas Triangle really like the luxury farmhouse style, but they also want the ranch atmosphere with lots of acreage, oak trees, big views and ponds,” Mr. Brennan said. “We recently had a bidding war on a $4.4 million property called Stone Ridge Ranch, which has 147 acres and looks like a park with seven ponds and bridges over the water.”

A smaller estate on the market now on the street of FM 1361 in Somerville includes 19 acres with a lake, a creek and an infinity pool with a spa. Priced at $1.25 million, this weekend property has back-to-back fireplaces in the approximately 3,000-square-foot custom home, along with lighting in the lake for night fishing.

The Reimers’ house in Austin has an infinity edge swimming pool with a triple-height fountain pouring water into the pool, a focal point for outdoor entertaining.

“Water is a big draw in Austin because you have this great 24-acre Lake Travis and you can build alongside it,” Mr. Dolch said. “It turns into Lady Bird Lake in the city and then you also have Lake Austin. The values of lakefront property have climbed in recent years from $6 million to $8 million a few years ago to $12 to $20 million now. If you want a new construction custom home, it can be $30 million.”

For example, a 17,800-square-foot waterfront estate on Comanche Trail with 13 acres on Lake Travis, is listed at $14.9 million. The custom home, which took four years to build and was completed in 2012, includes water and sunset views from nearly every room. 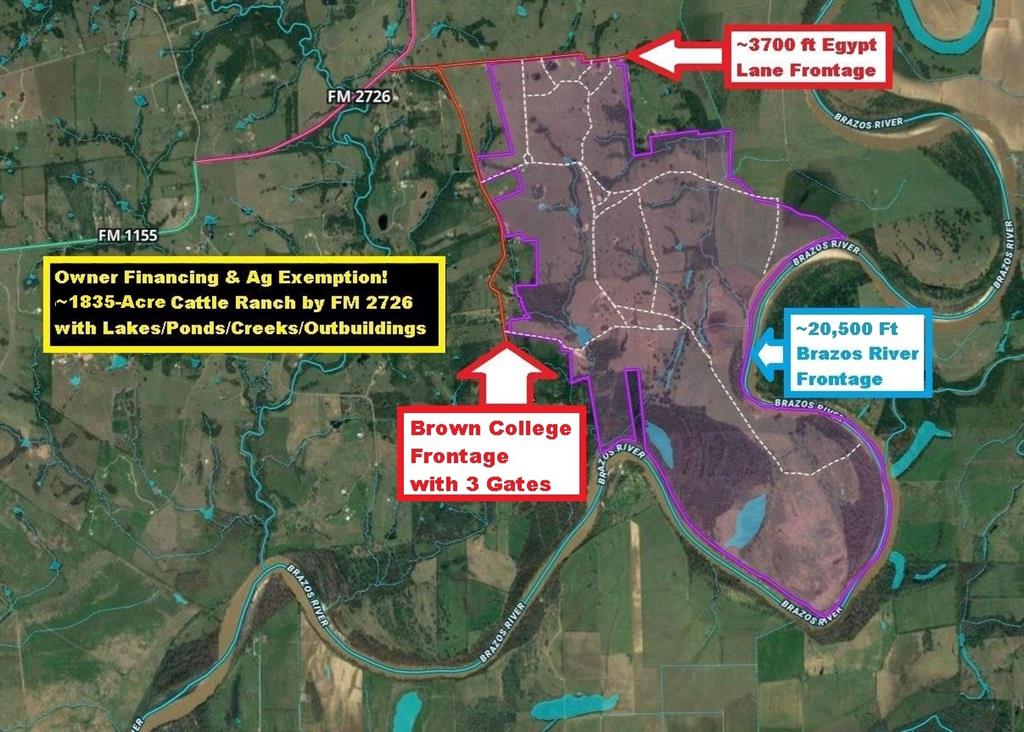 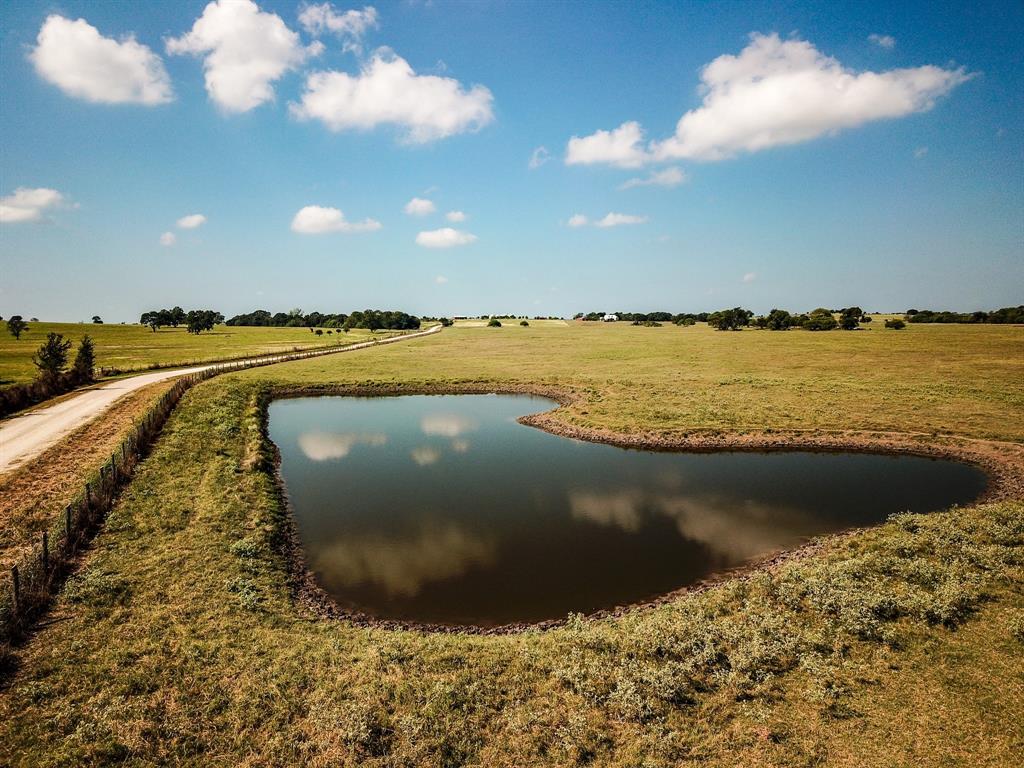 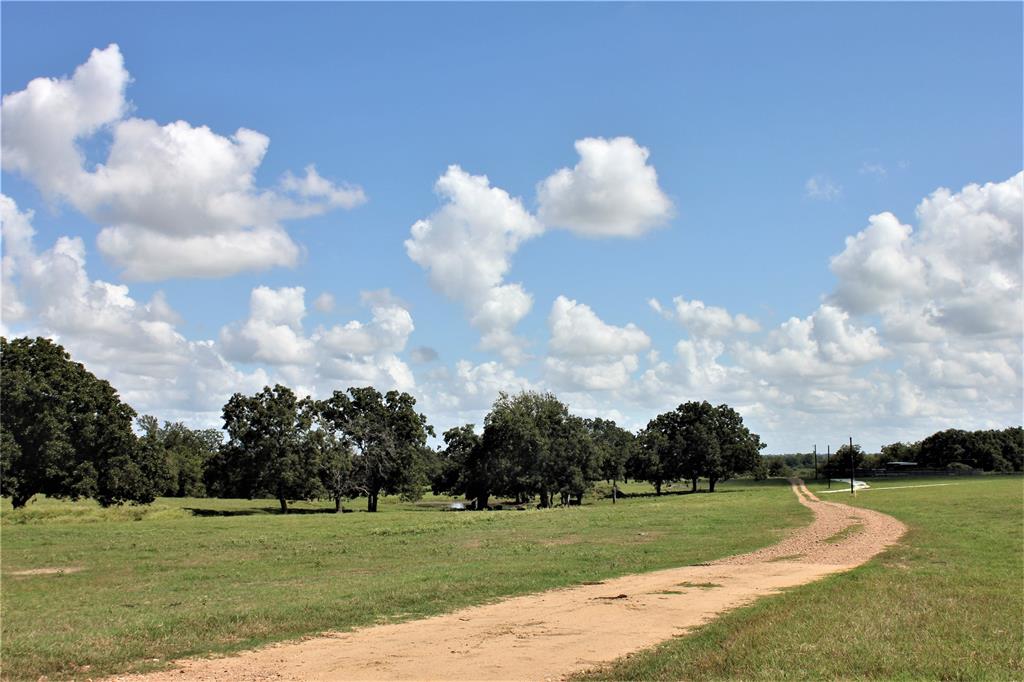 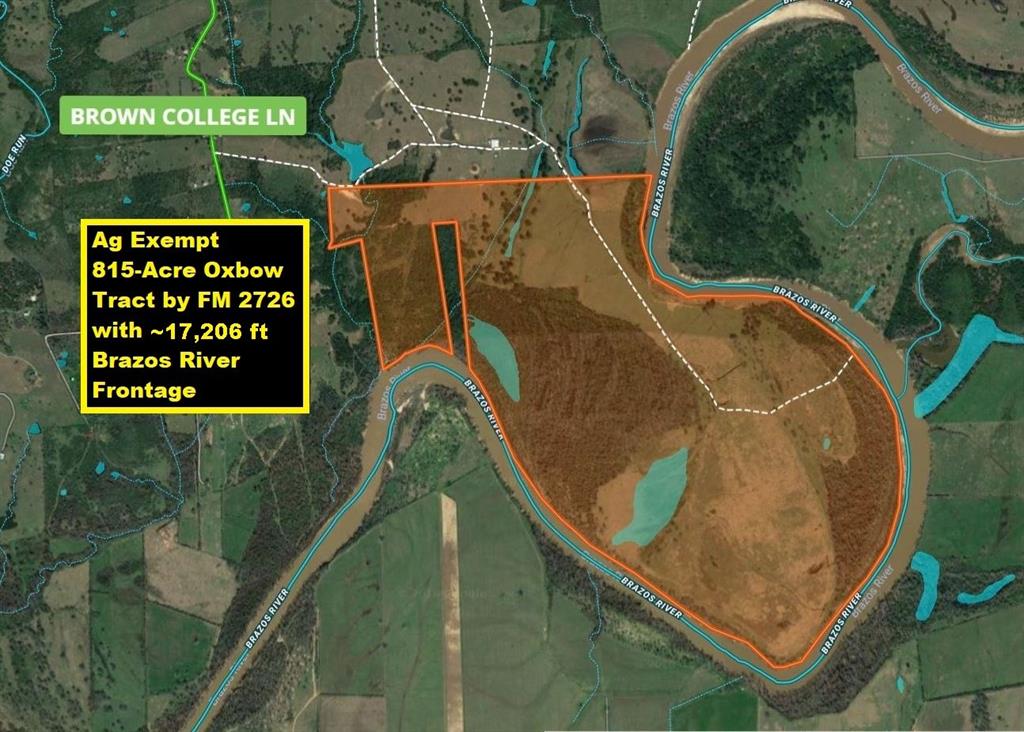 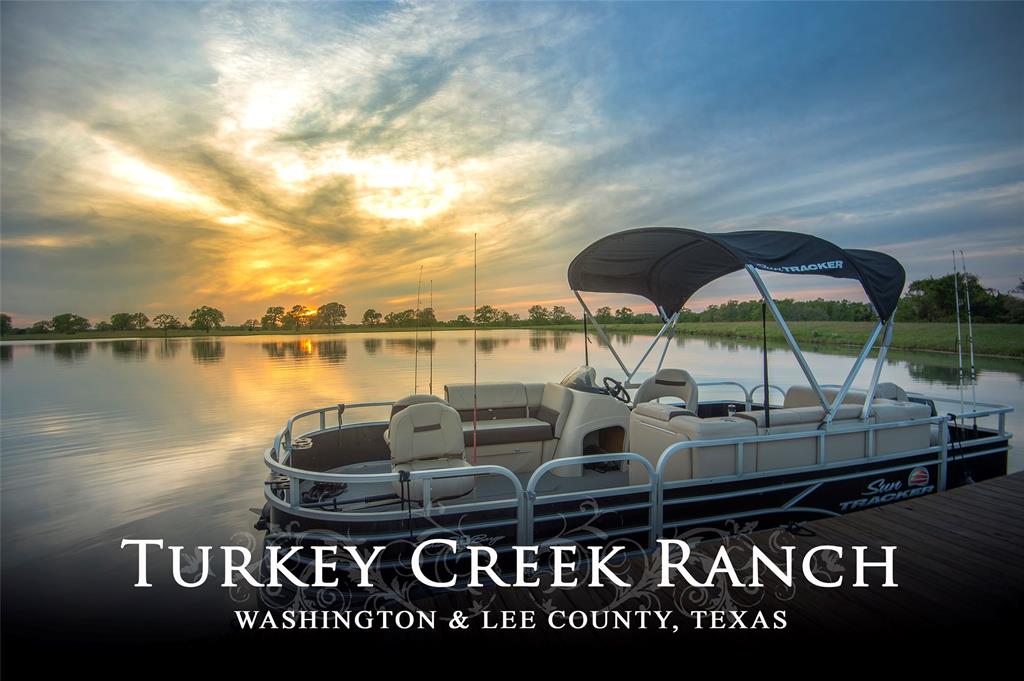 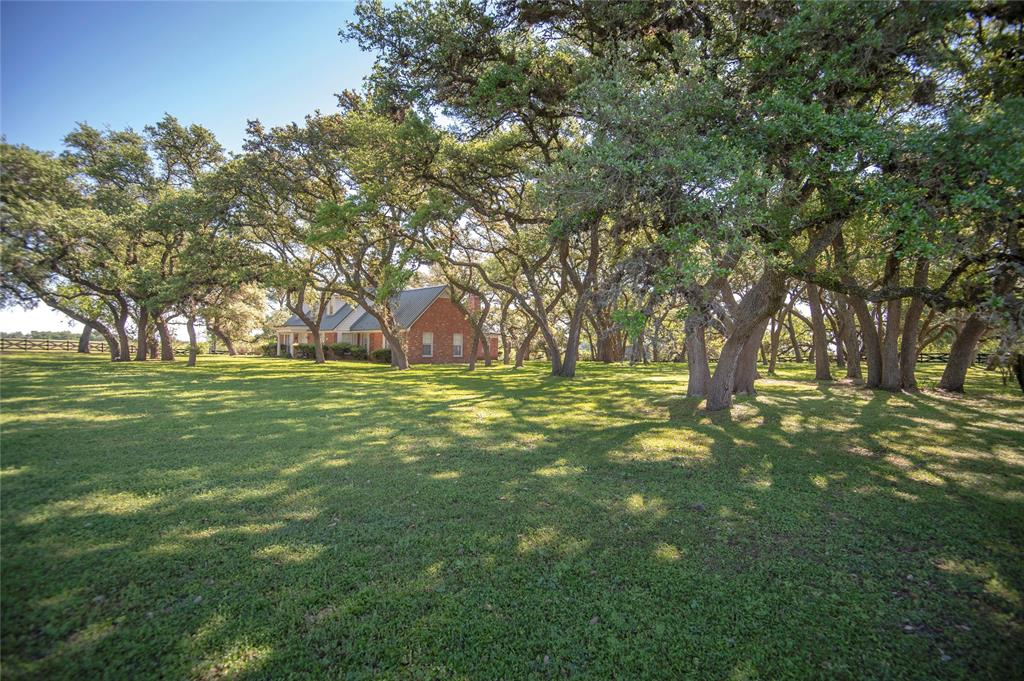 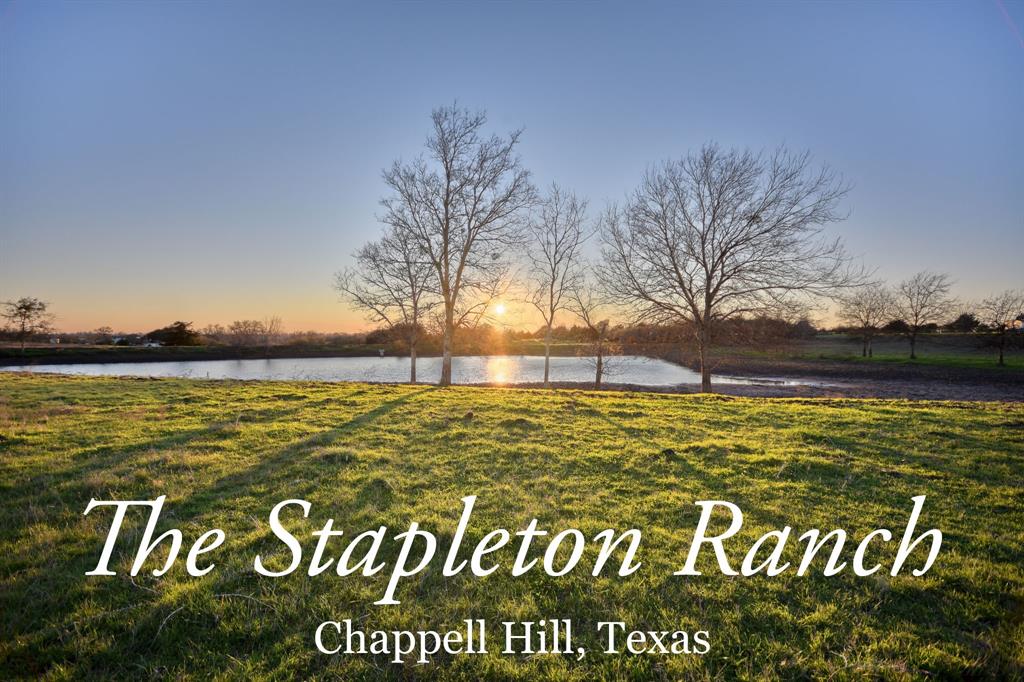 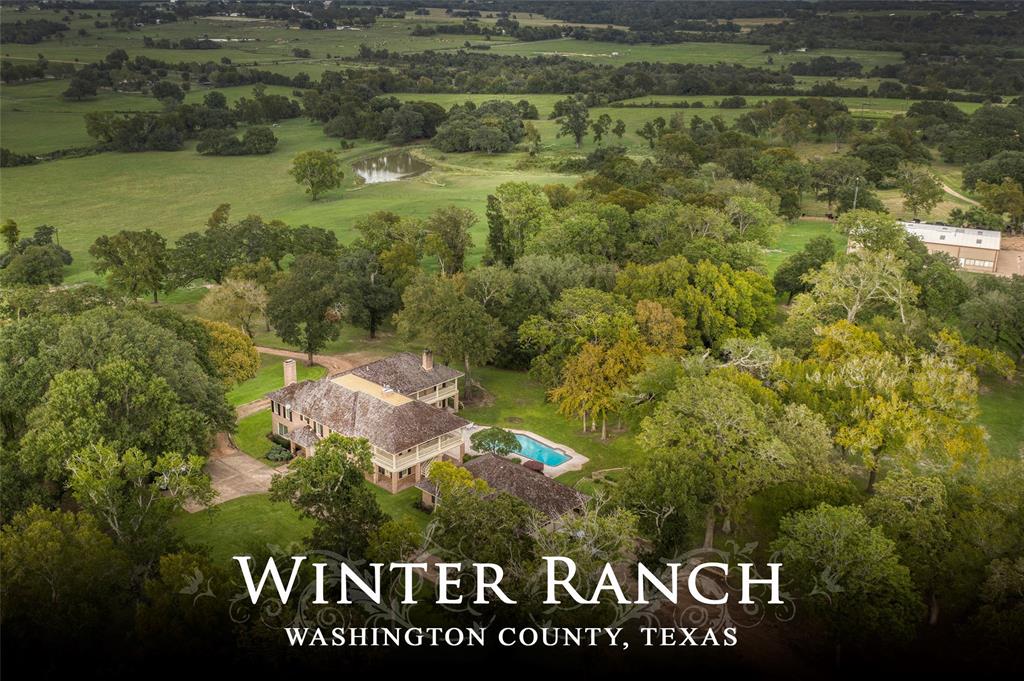 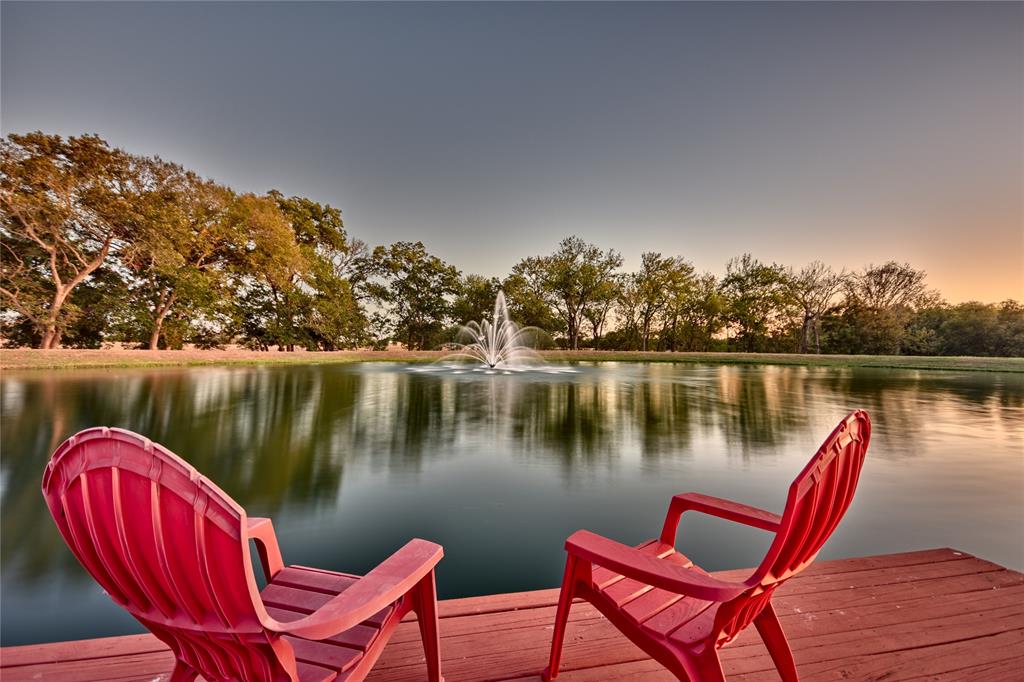 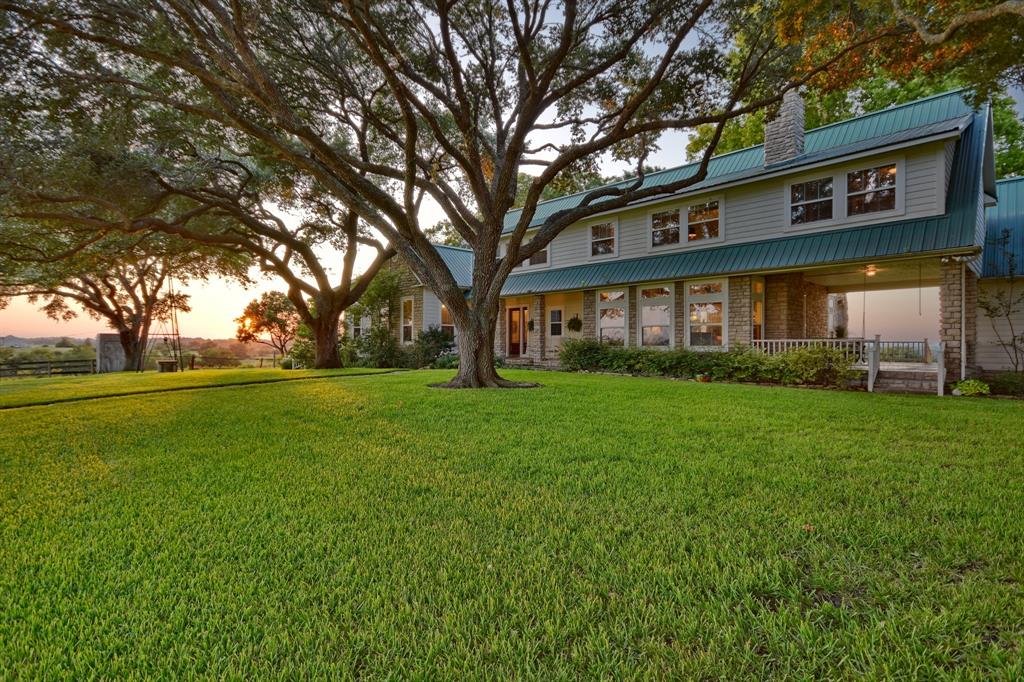 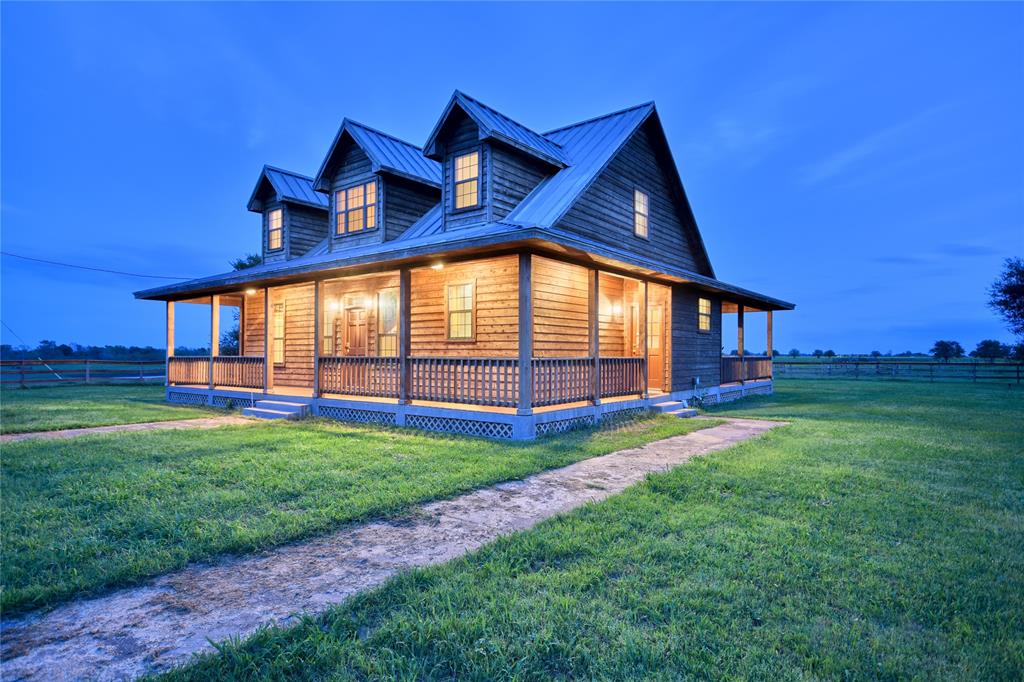 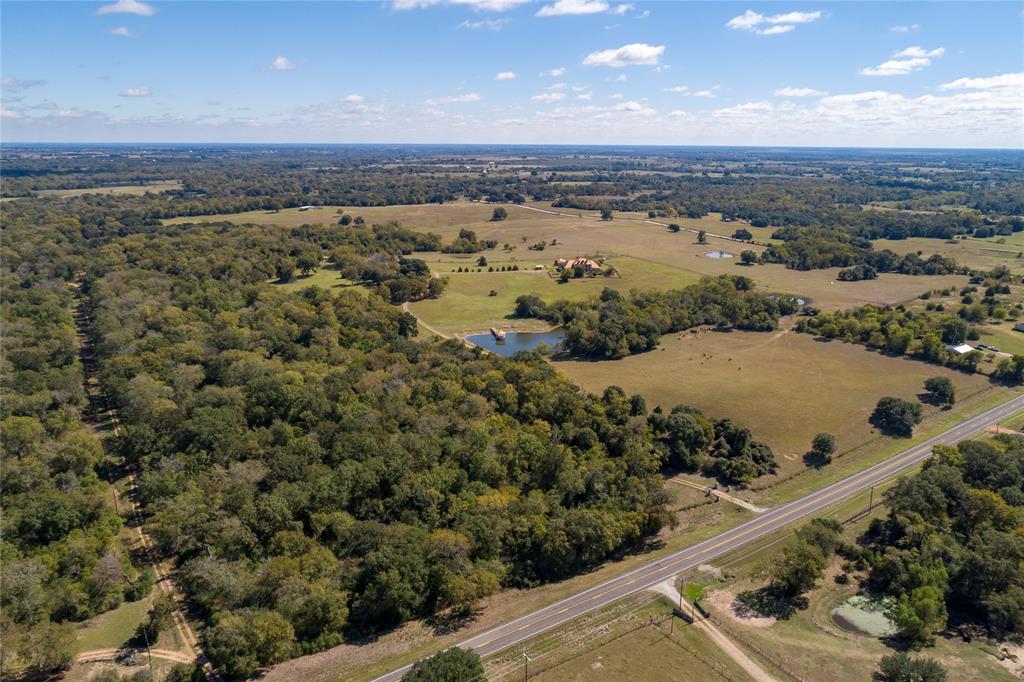 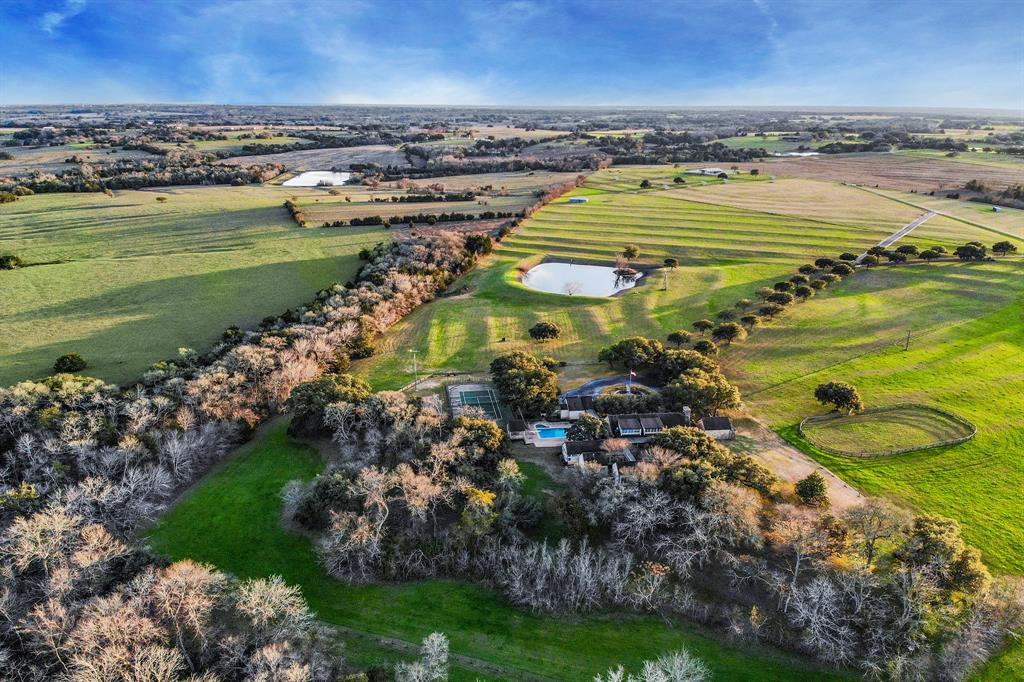 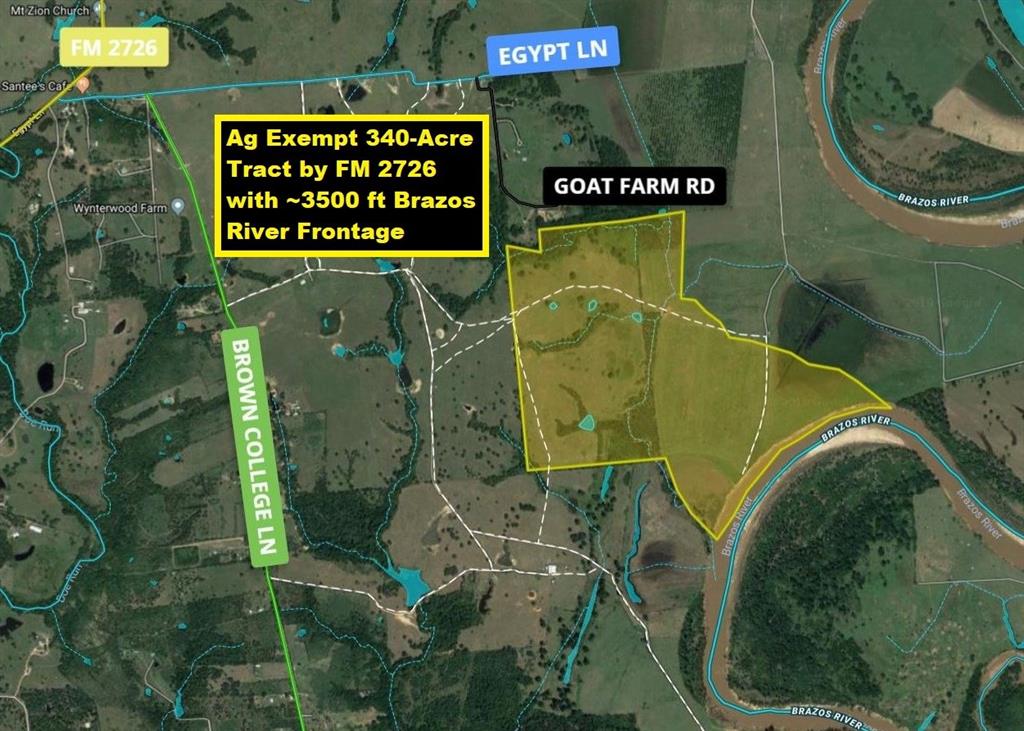 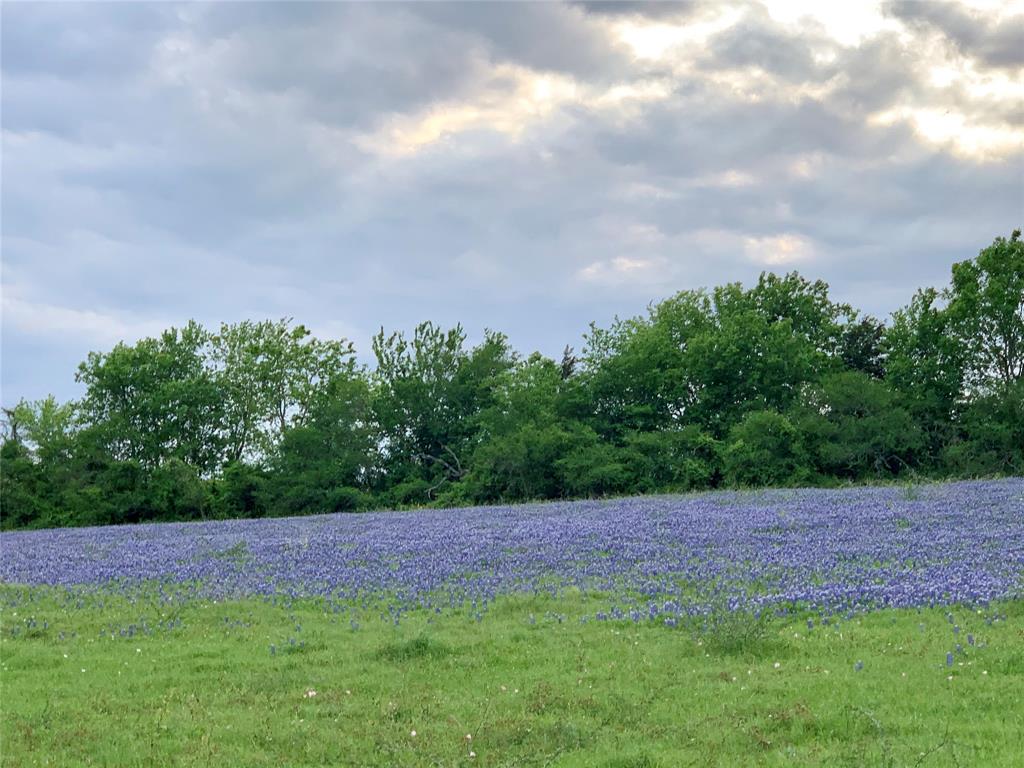